Created for the Women in Games Jam 2020  with Side Quest.

The theme of this jam was 'Mother'.

Unzip the file, and open EggcellentCare.exe

Another eggcellent game to add to the jam. The art was just eggstravgent! The controls were eggciting. Enough with the eggceptional puns! On a serious note. It was a fun little game that reminded me of angry birds. The aiming mechanic was nailed down. I machine gunned poop everywhere lol The music ended up looping on itself causing a nightmarish cluster of sound. Also after level one, all the new objects added to the level caused the enemies to get stuck, so I only had to shoot at the raccoon the last 2 levels. Something else I keep forgetting to mention when commenting on peoples games, is don't forget to add a method of exiting your game easily! A simple if statement checking if escape was pressed with a line of "application.quit();" is enough to help that issue! Maybe the build of the game caused some of these issues, which is totally understandable, it's hard to play test effectively with such little time! I think this game has potential! Especially the artwork! The little pinned joints were adorable.

Thankyou for the feedback!

We were rushing last minute which is when I remembered I forgot to add exit to the escape key, and also why the enemies get stuck behind the objects.. I didn’t have enough time to test  properly 😩 will definitely fix these once the jam is completely over 😂 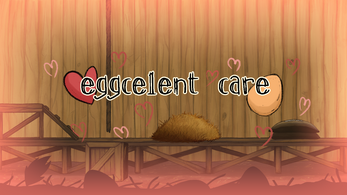